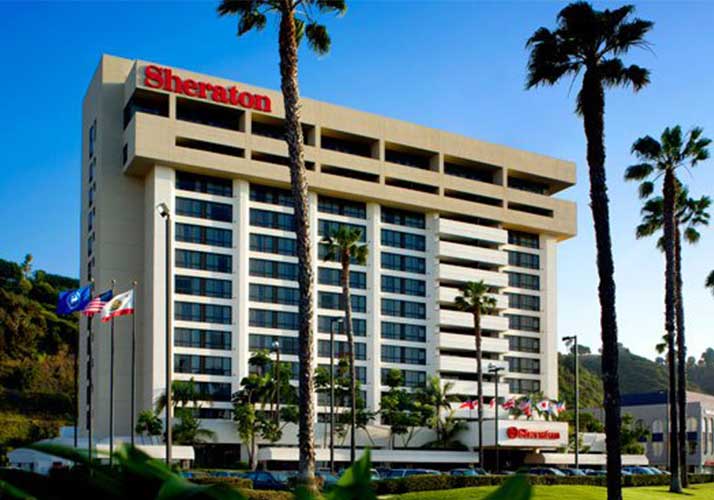 A luncheon meeting with networking opportunities for small and large businesses, government agencies, and prime contractors. 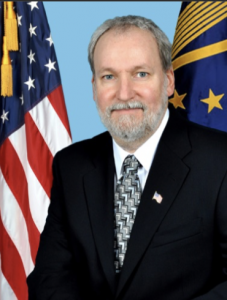 Dr. Stephen D. Russell is the Director of Science and Technology and Chief Technology Officer (CTO) for the Space and Naval Warfare Systems Command (SPAWAR) and is Director of the Science and Technology Department at the SPAWAR Systems Center Pacific (SSC Pacific) in San Diego, California. He also serves as the SPAWAR National Competency Lead for both Science and Technology and Research and Applied Sciences across the SPAWAR Enterprise. He leads a highly technical team of over 800 civilian, military and contractor support personnel including scientists, engineers, technical specialists and administrative staff members, and five Flag-level Senior Scientist/Technologist (ST) direct reports, in executing an annual budget of over $350M, and influencing over $1.2B supporting research, development, acquisition, test and evaluation in the command, control, communications, computers, intelligence, surveillance and reconnaissance (C4ISR) domains.

Dr. Russell has worked in the Federal service at SSC Pacific, and its predecessor organizations, since 1986. From June 1986 to March 1997, Dr. Russell was a physicist leading a variety of research and development projects at the Naval Ocean Systems Center. In March 1997, Dr. Russell was selected as the Supervisor of the Advanced Technology Branch at the Naval Command, Control and Ocean Surveillance Center. In April 2005, he was selected as the Manager of the Electromagnetics and Advanced Technology Division at SSC San Diego. Dr. Russell was appointed to the Senior Executive Service in March 2010 as Director of the Research and Applied Sciences Department at SSC Pacific, and assumed the duties of SPAWAR Director of Science and Technology and CTO in March 2013.

In these roles he led his team in research & development, testing and Fleet support in the areas of electromagnetic and antenna modeling, design and testing; radio frequency and optical propagation; communication systems interoperability; photonic devices and systems; precision navigation & timing; energy & environmental sciences; unmanned systems; biosciences; and other C4ISR technologies which were successfully transitioned to operational use and delivered many new capabilities which support National security.

Dr. Russell received his bachelor’s degree with a double major in physics and earth & space science from the State University of New York at Stony Brook in 1979. He received his master’s degree in physics and doctorate degree in physics from the University of Michigan in 1981 and 1986, respectively. He was elected Fellow of the National Academy of Inventors in 2015 and has received the Armed Forces Communications and Electronics Association (AFCEA) International Benjamin H. Oliver Gold Medal in Engineering in 2008, the SSC Pacific Lauritsen-Bennett Award for Excellence in Science in 2005, the Naval Meritorious Civilian Service Award in 2003, the Naval Award of Merit for Group Achievement in 2002, the NASA Space Act Award in 2002, and the Federal Laboratory Consortium Excellence in Technology Transfer Award in 2001.

Dr. Russell is author or co-author of more than 70 journal articles, technical reports, and publications in professional conference proceedings. He holds over 115 U.S. and foreign patents issued or pending, with over twenty percent commercially licensed. He is a member of the American Physical Society, SPIE- the International Society for Optical Engineering, the Armed Forces Communications and Electronics Association and the National Defense Industrial Association.

Dr. Russell is a member of the Editorial Board for the Naval Science and Technology FUTURE FORCE Magazine, and also serves as Navy liaison to the Advisory Committee for the San Diego State University Electrical and Computer Engineering Department; the Advisory Board for the Office of College, Career & Technical Education of the San Diego Unified School District; and the Corporate Affiliates Program Executive Board of the Jacobs School of Engineering at University of California, San Diego (UCSD).

Additional Information:
**Online registration closes at midnight on Monday, JULY 9, 2018 **WALK-IN PRICE IS $50 PER PERSON **Free hotel parking and on street side **Valet Parking – Pay on your own
***ATTENTION ANNUAL LUNCHEON HOLDER! You’re covered for this event and no need to register. If unable to attend, please send alternate attendee name to [email protected] at least 72 hours prior to the meeting.***