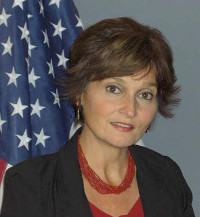 Mrs. Delores Washburn became the Chief Engineer for the Naval Information Warfare  Center Pacific (NIWC Pacific) in Dec 2016. NIWC Pacific consists of 4,800 civilian and  military personnel and over 2,100 contractor support personnel. NIWC Pacific has a total  obligating authority of more than $2.5 Billion. Mrs. Washburn serves as the Chief  Engineer for a diverse and highly technical organization in the research, development,  fielding, and support of advanced technologies for command, control, communications,  computers, intelligence, surveillance and reconnaissance (C4ISR), cyber, and space  capabilities. She is the command’s senior civilian responsible for enterprise-wide  engineering efforts that span a range of high priority technical areas for the Department  of the Navy (DON) including data science, cyber, machine learning, artificial  intelligence, and autonomy. In this role, Mrs. Washburn is responsible for developing  technical expertise in people, processes, and products across the organization.

Prior to assuming her role as Chief Engineer, Mrs. Washburn was the Technical Director  for the Tactical Networks Program Office (PMW160) under the Navy’s Program  Executive Office for Command, Control, Communications, Computers and Intelligence  (PEO C4I). She was responsible for establishing capability objectives for PMW160  Programs of Record including the Consolidated Afloat Networks and Enterprise Services  (CANES) and the Automated Digital Networking System (ADNS). She provided  technical direction to the Programs to ensure network upgrades aligned with Navy  strategic plans, policies, and standards and were developed using Open Architecture  design tenets to promote and ensure interoperability.

Prior to joining PEO C4I in 2007, Mrs. Washburn spent ten years with the Naval  Information Warfare Systems Command (NAVWAR) serving in increasingly responsible  positions. In her last position, Mrs. Washburn served in the NAVWAR Office of the  Chief Engineer as the Chief Systems Engineer for Networks where she contributed to the  early implementation of technical authority for Afloat Tactical Networks.

where she led at-sea experiments for advanced networking technology. Her  responsibilities as the Test Director included directing the laboratory tests necessary to  reduce risks prior to installation and the final test of experimental initiatives onboard ship  in an operational environment. Early in her career, she worked for the Naval Sea Combat  Systems Engineering Station. She served as a test engineer developing test software for  the Los Angeles Class Submarine’s AN/BSY-1 Combat System. 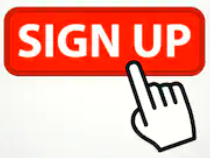